Western LNG, a Houston-based company, with the Nisga’a Nation and Rockies LNG, is developing its first floating LNG production facility on the upper coast of British Columbia, Canada.

Ksi Lisims LNG (pronounced s’lisims), meaning “from the Nass River” in the Nisga’a language, is a proposed 12-million-tonne-per-year LNG project at Wil Milit on the northern tip of Pearse Island near the Nisga’a village of Gingolx.

The Nisga’a Nation, Rockies LNG and Western LNG have filed the Initial Project Description, part of the ongoing first phase of engagement designed to ensure Indigenous Nations, local communities and the public can work with Ksi Lisims LNG as they finalize project design and assist the provincial, federal and Nisga’a governments in scoping the environmental assessment process.

Early engagement allows Ksi Lisims LNG’s neighbours to provide meaningful input into how Ksi Lisims LNG can maximize benefits and minimize impact on the environment and nearby communities.

The proposed project site is owned by the Nisga’a Nation in fee simple and is located within Nisga’a treaty lands on the northern tip of Pearse Island on the Portland Canal, west of Gingolx, B.C.

Ksi Lisims LNG will be designed to produce up to 12 million tonnes of LNG per year and will receive approximately 1.7 to 2.0 billion cubic feet of natural gas per day. Commercial operations are anticipated to commence in late 2027 or 2028. 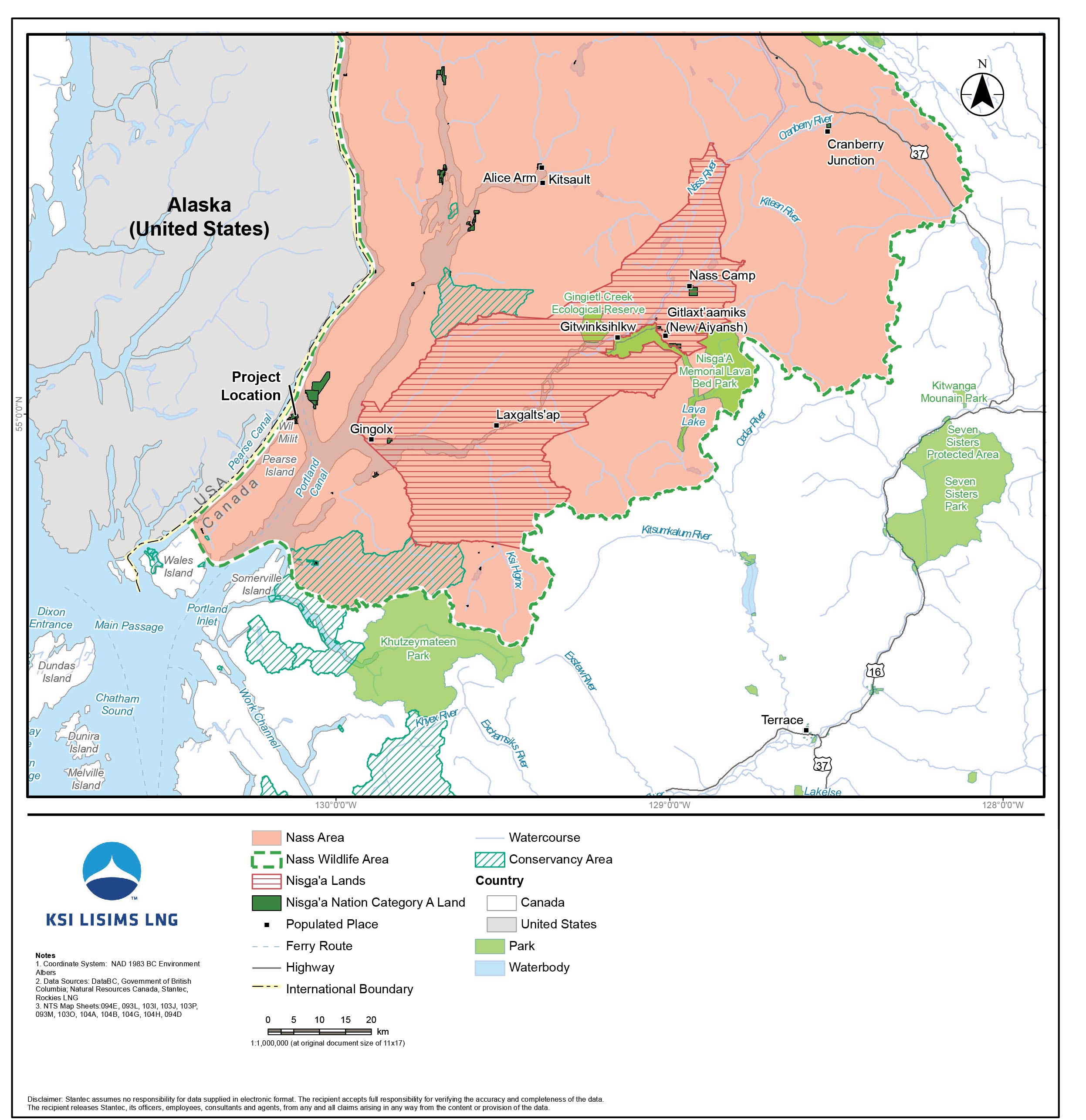 Ksi Lisims LNG will have one of the lowest unit carbon emissions rates of any large-scale LNG export project in the world. Ksi Lisims LNG will provide global energy markets with low carbon, reliable LNG that will help meet growing energy needs and reduces need for base-load coal plant construction while supporting ongoing growth in intermittent renewable power sources such as wind and solar.

Ksi Lisims LNG’s pathway to net zero carbon emissions includes the use of renewable BC Hydro power in combination with strong monitoring and measurement, energy efficiency, purchase of carbon offsets and potential carbon capture and storage. Ksi Lisims LNG is being designed to have a low level of carbon emissions, which reduces the amount of offsets required to achieve net zero.

In 2000, the Nisga’a Nation entered the first modern treaty in British Columbia. Under the Nisga’a Final Agreement, the Nation has treaty rights to more than 26,000 square kilometres, including the proposed site at Wil Milit.

The project’s governance structure provides each proponent with meaningful input into project development, management and operations, ensuring it is designed and operated in a manner consistent with the Nisga’a Nation’s commitment to the stewardship of the land and its people.